The 5G network is simply a fifth-generation transmission. Recently, 5G has become the preferred internet connection for cell phones, laptops, and other smart devices. It is expected to be the future internet source in our homes. You can read my article where I talk about the 5G network and its dangers to learn more. So, is 5GHz Wi-Fi dangerous?

Although 5GHz is advantageous, there are serious concerns about potential health issues. A high-speed 5GHz Wi-Fi router emits high levels of radio waves radiation and EMFs. The closer you are to the Wi-Fi emitting router, the higher the exposure levels.

Exposure to these high levels of millimeter-wave radiation for long periods can cause various health issues to your body. Read on to learn more about 5G and its effects on your body.

5 GHz is a frequency band used by Wi-Fi routers. A modern router can transmit between 2.4 and 5 GHz on the electromagnetic spectrum. Some routers can switch between the two frequency bands simultaneously.

But don’t worry, in this article, I will talk about the two frequency bands and what makes 5 GHz Wi-Fi dangerous.

Due to congestion issues, the 5 GHz frequency band has replaced the 2 GHz frequency band. It operates under the 802.11n Wi-Fi standard and has non-overlapping channels that make it less congested and faster. Although 5 GHz signals frequencies dissipate faster, the signals can still penetrate walls and leak into the next room, making them more dangerous.

So, if you have a smart home, your exposure to RF radiation is very high. If you have Trifield TF2 or any of the following EMF meters, you can test your levels.

Hundreds of scientific studies associate Wi-Fi radiation with headaches, infertility, DNA damage in infants and fetuses, and an increased risk of cancer. The World Health Organization classifies RF radiation as carcinogenic. The rollout of 5 GHz has increased exposure to RF radiation, leading to higher cancer rates.

5GHz is highly preferred because of its fast download speeds and stable connections. Its higher frequency makes it possible to maintain signal strength when passing through obstructions.

How to protect against a 5 GHz Wi-Fi network With the increasing dangers of Wi-Fi radiation, it’s high time you take steps to reduce your exposure. Whether you’re connected to 5 GHz or 2 GHz, these steps will help minimize radiation exposure risk.

1. Use wired internet connections if possible

A Wi-Fi router guard is made of metal mesh to form a Faraday cage that reduces the amount of RF radiation emitted by your router. The Faraday technology blocks about 90% of EMFs and RF waves emitted by the router.

If you’re curious about how Wi-Fi router guards blocks Wi-Fi RF emissions, watch this video below.

Get your Wi-Fi router guard to reduce the amount of RF radiation emitted in your home. With a router guard, you don’t need to turn off Wi-Fi when not in use.

Turning off your Wi-Fi while not using it is another easy technique to decrease your susceptibility to Wi-Fi radiation. Your body is more sensitive to the harm caused by RF and EMF radiation while you sleep than you would think.

When you’re not using your Wi-Fi network, it’s good to switch it off at night.

Like this one from Amazon, a mechanical outlet timer is an easy method to automate this process. All you have to do is to plug the router into your timer and then attach the timer to a wall. Then choose the period during which the gadget will not be receiving electricity.

4. Don’t leave your Wi-Fi on while you sleep

Even when Wi-Fi isn’t in use, it is still broadcasting radio waves that other devices may use to connect and interact with it. As a result, even when you’re fast asleep, your wireless network puts out EMF radiation.

In other words, even when your gadgets are not in use, you are still exposed to EMF radiation.

When you turn off the Wi-Fi in your house at night, you limit the quantity of EMF radiation released at night. This implies that when you sleep, you might reap additional health advantages. To read about this in detail, check out this article.

How to protect your home from 5G radiation 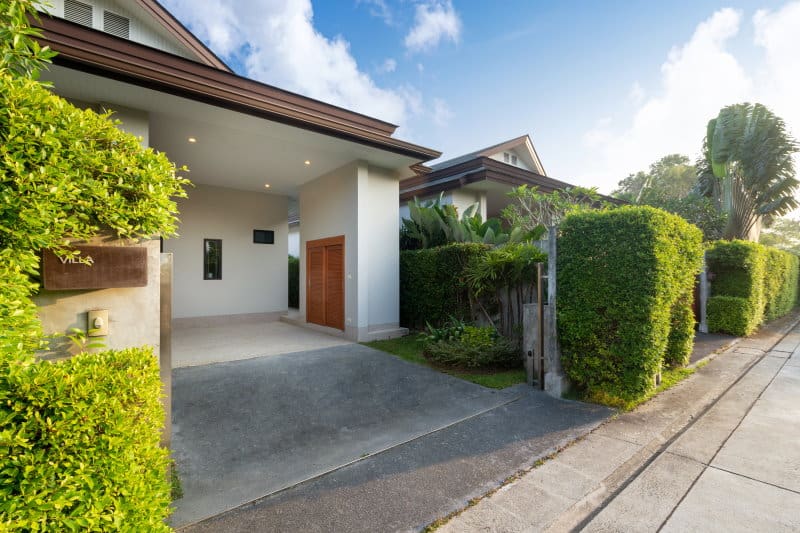 The short radio waves of the 5th generation network architecture necessitate the placement of multiple tiny antennas in practically every building. This makes it harder to maintain a safe distance from the 5G network and protect oneself. Learn how to make your house EMF-proof in my in-depth guide.

You can utilize the following items in your house to shield it from radiation:

Window Film: Short radio waves from antennas may reach your house via the windows, so window film is a good idea. Window protection film will keep radio waves from coming in from the outside.

Bed Canopy: You may shield yourself from 5G radiation while sleeping with an EMF bed canopy. The canopy’s silver fibers protect you from harmful electromagnetic radiation released by numerous internet devices.

EMF Paint: To protect your house from electromagnetic radiation, use EMF paint made of water-based carbon, which blocks high EM radiation quantities.

Since 5G’s debut, there have been many debates over what it means for everyday users. Some health professionals and EMF campaigners think that the EMF radiation emitted by 5G technology might cause significant damage to people, despite claims to the contrary by technology proponents.

5G’s electromagnetic field (EMF) emissions must be measured to confirm these fears. Using an EMF meter to measure 5G technology is contingent on the meter’s measurement capabilities. Don’t forget to read my blog post, Do EMF Meters Measure 5G? to learn about the different types of meters and why you should invest in one.